It is with heavy hearts we announce the passing of HCSO Master Corporal Brian LaVigne, killed in the line of duty on Monday, January 11, 2021. While assisting his fellow deputies on a call for service, an individual fleeing from deputies struck his vehicle, taking his life.

Master Corporal Brian LaVigne was a member of the Hillsborough County Sheriff’s Fraternal Order of Police since 2003.

Please click on the picture below for important Covid-19 information.

From the National Lodge-03/21/20:
We have received numerous questions regarding the advisability of FOP meetings in light of the ongoing Coronavirus (COVID-19) pandemic. Our Constitution and Bylaws do not address states of emergencies under these circumstances, and Robert’s Rules does not offer any clear guidance. However, based on our review of the various emergency orders issued by state, county, and local governments, as well as the recommendations from the President of the United States and the Centers for Disease Control, we believe the circumstances relating to the outbreak of COVID-19 have made it impossible, illegal and impractical for FOP Lodges to hold meetings at this time.
Hillsborough Sheriff’s Lodge #108 will not be serving dinner nor having a meeting on April 14, 2020. 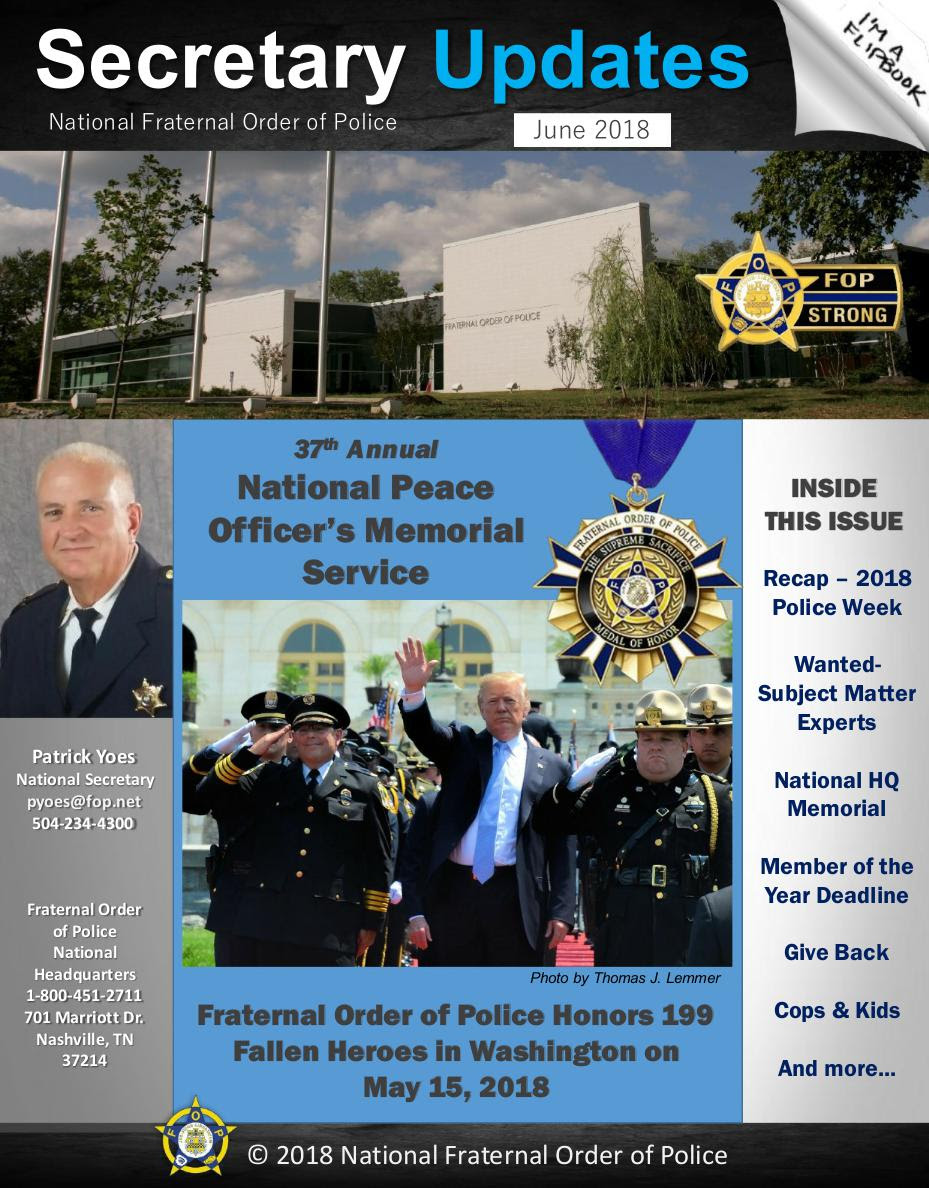 September 10, 2017
September 9, 2017
The September meeting will be canceled.
I am being deployed on Monday night at 1800 hours. Some of our board members are being deployed at 1000 hours this morning with an unknown release time, up to (72) hours. I may not be back for a few days. (72) hours or more.
I have been in contact with Rebecca. It is hard for her to shop for the dinner with stores being empty and the impending storm. We have 1 large can of green beans and 10 pounds of potatoes. I advised her not to buy in advance due to possible power outage.
Our meat supplier may or may not be open as it depends on the water level at his business in conjunction with other factors that may play a part. (power, employees and structure).
Although, I wanted to have a dinner, there are too many risk to our members. Too many unknown factors at this point. I do not feel comfortable in trying to put a dinner/meeting together with a pending hurricane, possible tornadoes, and down power lines which could put our members at risk.
Take care of your home, take care of your family and neighbors. Please be safe as we ride this storm out. Please pass this on to your mail contacts.

September 10, 2017
THE SEPTEMBER MEETING HAS BEEN CANCELED DUE TO WEATHER……
STAY HOME AND TAKE CARE OF YOUR PROPERTY, FAMILY AND FRIENDS….
JOHN COUEY
PRESIDENT

Please visit https://www.fop-benefits.com for the new added benefits that are available to you as a member. We try our best to continue and provide the best for our members.

Chuck Canterbury, National President of the Fraternal Order of Police, today announced the organization’s endorsement of Mr. Donald J. Trump for the office of President.


“Obviously, this is an unusual election,” Canterbury said. “We have a candidate who declined to seek an endorsement and a candidate without any record as an elected official. Mr. Trump, however, has seriously looked at the issues facing law enforcement today. He understands and supports our priorities and our members believe he will make America safe again.”

For a candidate to receive the endorsement of the Fraternal Order of Police, he must receive a two-third majority of the National Board, which is made up of one Trustee from each of the organization’s state lodges.

“Our National Board, and the more than 330,000 members of the FOP, acquainted themselves with Mr. Trump’s answers to our survey. He took the time off the campaign trail and met with us to talk about our issues, our priorities. He’s made a real commitment to America’s law enforcement and we’re proud to make a commitment to him and his campaign by endorsing his candidacy today.”

“Donald Trump may not ever have been elected to public office, but he is a proven leader and that’s what we need for the next four years-a leader unafraid to make tough choices and see them through,” Canterbury said. “I look forward to working with the Trump Administration on the issues that matter most to law enforcement.”

The Fraternal Order of Police is the largest law enforcement labor organization in the United States, with more than 330,000 members. 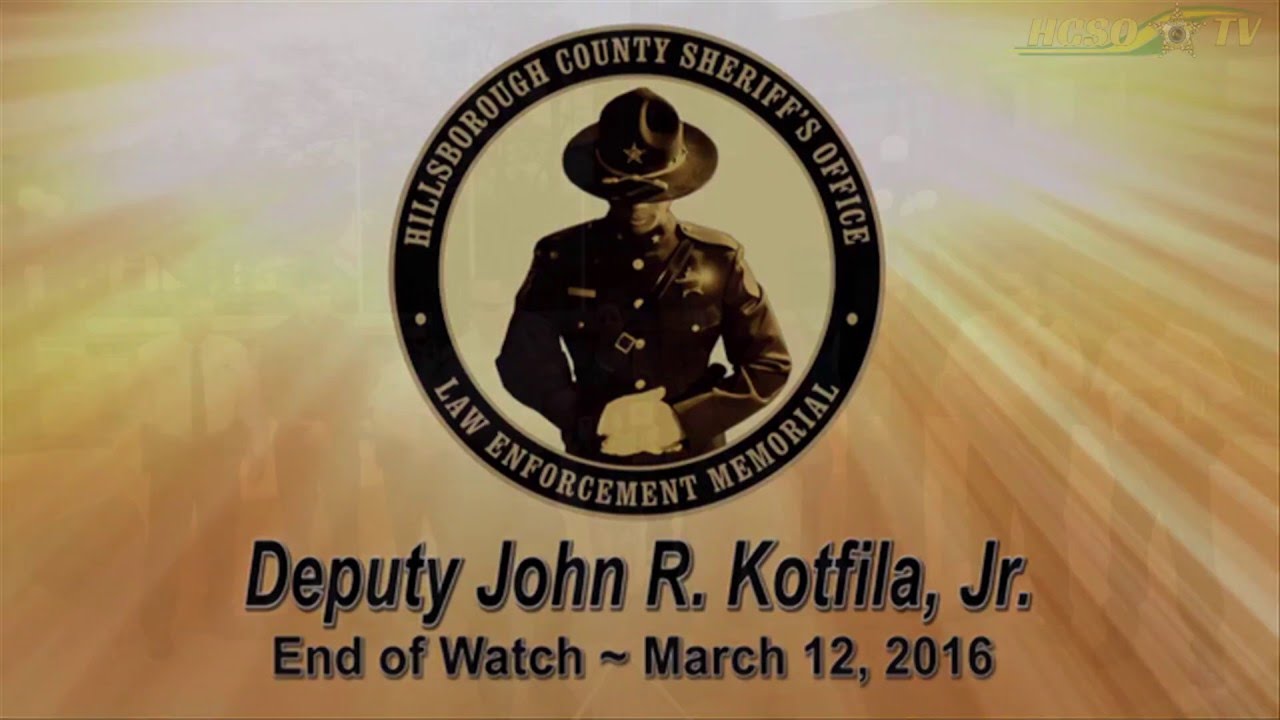 Upon hearing of the tragic accident that claimed the life of Deputy John Kotfilia Jr. The lodge was contacted to provide any assistance that we could. Phone calls were made and we reached out to our members and contacts.
The Florida State Lodge and District 3 lodges activated the disaster relief trailer to provide water at the funeral. The trailer was manned by members from Pasco, Polk, Tampa, Manatee and Pinellas counties. One of our contacts were able to contact OUTBACK and arranged to have 1,000 meals to be served after the funeral. SAMS CLUB was also contacted and provided water. The lodge worked in unison with Colonel J. R Burton to ensure everything was covered.
The Florida State Lodge Chaplain came up from Miami with a F.O.P bible. President Preston, Chaplain Bello and I presented the bible to the Kotfila family. The F.O.P District 3 lodges presented a $1,000.00 check for in line of duty death benefit.
Thanks for everyone’s assistance. The F.O.P did a great job.